Her dream was to become a musician, and she made it a reality. Sherry began playing folk guitar in the tenth grade. After achieving both a B.S. in Biology (1970) and an M.S. in Microbiology (1976) from the University of Pittsburgh, she decided to follow her heart–forgetting about what was practical. She began studying voice and piano at the age of 28. Sherry drew on her experience in choirs when she entered music school at Duquesne University in 1979 at the age of 31. As a teenager, she had spent 4 years in the Rodef Shalom junior choir as an alto . Later experience included 7 years as second alto in the First United Methodist Church of Pittsburgh choir (1976-83). While attending music school, she was choir director at Mother of Good Counsel Roman Catholic Church (1982) and shortly after graduating, of Concord Presbyterian Church (1986-87).   Intrigued by her observation that modern classical music has limited appeal, in her thesis, Sherry drew on her scientific background to study whether there was an acoustical reason for this. Sherry graduated with an M.M. in Music Theory from Duquesne University in 1985. Friends in Harmony is the culmination of her lifetime dream. Sherry is retired from her “day job” as the Assistant Director of the  Learning Skills Center at Duquesne University where she oversaw the tutoring program and did extensive ​computer work. 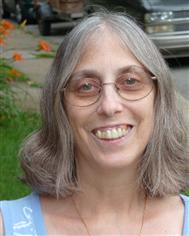