Hear Me Sing My Time of Day

Marty always wanted to write about music as well as perform it. A student of the English language, Marty received a B.A. in English from the University of Pittsburgh in 1970. He worked in record retailing for years and when he met his wife, Sherry, in 1979, she encouraged him to go to music school. But he was concerned with a “practical” degree. After taking post-baccalaureate credits in music, he enrolled in the school of Education at Duquesne University. But music kept calling him. He began studying voice at the age of 32. Sherry encouraged him to begin studying in the new program in Music Criticism launched by Robert Croan, voice teacher and music critic. Marty received an M.M. in Music Criticism at Duquesne in 1985 and an M.ED. In General Education in 1986. He had gained experience singing as a baritone in the First United Methodist Church of Pittsburgh choir (1981-83) as well as Mother of Good Counsel Roman Catholic Church (1982) and Concord Presbyterian Church (1986-87). From 1988-92, he was a substitute classical music critic for the Pittsburgh Press as well as from 1993-94 at the Pittsburgh Tribune-Review.  Marty is retired from his "day job" working at the Duquesne University Gumberg Library. 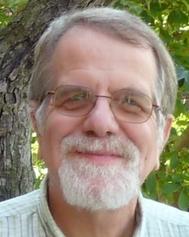