Perhaps the best way to describe Ceinwen (pronounced "Kine'-wen")  is that she is a musical and multi-cultural virtuoso.  A naturally gifted musician, she is blessed with an exquisite voice.

She has played autoharp since 1957 and has studied voice, Chinese folksong, piano, violin, and flute.

She has previously sung first soprano in the Mendelssohn Choir, the Pittsburgh Camerata, and the Pittsburgh Oratorio Society, and was also a UPMC Folk Singing Volunteer.  She currently sings in the Bach Choir, the Community of Reconciliation Choir, the Women of Song, the Threshold Choir, the Latin-American Choir, and Friends in Harmony. She is the pianist for the Jewish Community Center's Age Well Choir and the Assistant Director for the Latin American Choir.

Ceinwen is also active as a music teacher.  She teaches voice, and has taught music to children with learning disabilities.  She is on the faculty at Calliope House for Elementary Voice.

Fluent  in Chinese, Russian, Spanish, French, German, Polish and Portuguese as well as English,  Ceinwen holds a B.A. in Russian from Stanford University in 1966, and studied Russian and Chinese at the Graduate School at the University of  Warsaw in 1967, and went on to receive an M.A.T. from Harvard in 1968 and a Certificate in Math from Duquesne University in 1974.  Ceinwen has taught in China, Honduras, Nepal, Poland, Brazil, Canada, and the U.S.

She is retired from teaching Russian, Chinese, and Humanities at the Pittsburgh Gifted Center.  Ceinwen’s creativity takes many forms.   She enjoys, baking, making necklaces, and collecting objets d'art.  Every Halloween, she can be seen wearing an elaborate costume of her own design and making.  She hails from the Chicago area. 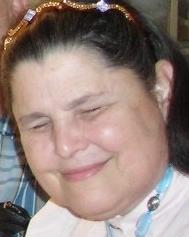